Blogging Carnival and Some Reflection 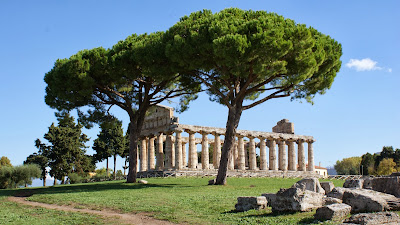 Hello all- I cannot belive it has been almost two months since I last blogged. Well, that's not strictly true. Since I last blogged here. I have been blogging twice a week for the last four months for my employers, rounding up archaeology news and presenting it in a fun way (I hope!). You can go back over those posts, and those of my colleagues, here. However, what I haven't been doing is my usual ranting and raving over archaeology on TV, whizzing around landscapes taking photos, and sharing my research with y'all. Well, I have been doing those things- but in the privacy of my living room, leaving the photos on my phone, and working my arse off trying to get things published and out into the world through traditional media. So the blog has suffered- and I'm sorry.

In light of how frankly pants I have been, I was very pleased and surprised to receive a Twitter message from Doug Rocks-Macqueen, of Doug's Archaeology blog, asking me to participate in his blogging carnival. I love his blog, and read it regularly, so it was a real delight to be asked. There will be a session on Blogging Archaeology at the 2014 SAA Conference- and unfortunately Doug won't be there. So he will be posting a question each month, and asking people to blog an answer- all questions relating to blogging practice in archaeology. His first question was sickeningly spot on for me. Here it is:

Why blogging? Why are you still blogging? If you have stopped blogging, why did you stop?

Well, unbelievably, I think it has been a year since I started this blog. If the combo of that anniversary and that question don't push me into some reflection then nothing will. So, I will be honest and think back over the first year of this blog, and maybe into the future.

I was also pretty frightened I wouldn't get a job. 400 applicants for a single role? What did I have that made me different? Some nice little book chapters, a journal article, the same glowing references as everyone else, all of it was pretty samey. There was no way I would get my research published in time for me to have it as a cushion to land on when I fell out of my PhD funding and into the big bad world. So, how to publish my thoughts, and give potential employers something to look at other than my (until recently horrendous) Academia page. To show them I could write, I could think, I was a real person.

Why are you still blogging?

So, basically, I started this blog for entirely selfish reasons. I kept it going for purely selfish reasons too- but not the same ones. I found the release of writing (relatively) short, sharp pieces to be pure pleasure after toiling away at the coalface of my thesis. I would come back more refreshed, better able to assess my own work. And I met so many interesting people! People would commment (in teeny numbers), tweet me or let me know they liked how I was thinking, or didn't, or whatever. It was fun to have ALREADY had a detailed conversation with someone, to be able to join in serious debates like #freearchaeology and mess around with like-minded folks.

Why have you stopped blogging?

I didn't mean to!! Honestly, I was all fired up and ready to blog about a huge range of different things (some of which I will do, promise). Partly I think I had begun tying myself in knots with blog "series"- even the initial "Pots, places, stones, bones" themes of each post were starting to become a bit constricting after a year. So, I'm not going to throw them out, but I'm going to be more flexible about what I blog- so the title isn't an excuse. I also think that two of my main scaredy cat reasons for starting blogging had been taken away- I have a lovely job (where this blog was mentioned in my interview- Jesus, it worked!) and lovely office mates to chat with once again. Plus, blogging twice a week as I was, and leaving the house at 6:30 am and getting home at 7:15 makes for fantastic excuses not to just site down and write.

So, no more excuses. I want to blog from joy rather than fear (pass me the puke bucket). I don't need to be scared- I can just blog because it's fun, I like talking to all of you, and I like sharing ideas. So crack on another year of PPSB, and thanks very much Doug, for a much needed (if unintended) kick up the backside.

PS- photos are from my trip to Campania- Paestum and Pompeii. Which would be a perfect "Place" post. Maybe next week..... 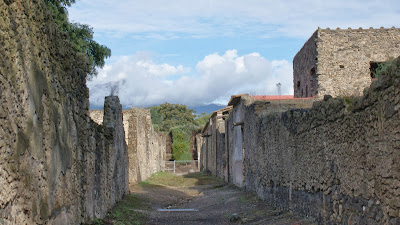 Posted by Unknown at Saturday, November 30, 2013 No comments: