I read a fantastic article this morning- it was brave, it was bold, and it put forward solutions to problems rather than just moaning about them. You can read it here.

The author, Selina Todd, a historian from Oxford University, describes a conference from hell. Male scholars preen and groom each other, furiously stoking their egos while an alienated group of Other contributors are excluded, left to huddle by the remnants of the catering. I described a terrifyingly similar conference on this blog a year and a half ago, stoked by rage. I'm still angry, but mostly at myself. I did nothing. I snarked online, I wrote an article critiquing those views which will be coming out soon in a journal that none of the culprits will ever read. But I was too cowardly to risk my own prospects by calling out this appalling behaviour. Thinking about it now, there were a number of constructive things I could have done- I could have calmly and rationally emailed the organisers, pointing out the problems, and asking these to be rectified for future conferences (just one female chair- or oooh, big wow, two? some guidelines on appropriate language and behaviour during question sessions?). I could have been brave and asked difficult questions, and tried to puncture the self-satisfaction. All I did was give my paper and slink off to the refreshments.

So my favourite thing about the article is that Todd isn't just angry- she's productive. She puts forward a number of strategies that she, and the other members of the Oxford Women in the Humanities group are developing to try and encourage female scholars. One of these that particularly caught my eye was the idea of writing fellowships, a breathing space for early career scholars to give them a chance to get the publications that lead to a career. I was not in a position to get a research post when finishing my PhD- I simply didn't have the output, something I learnt the hard way through many wasted hours applying for positions overrun with much better applicants. That's not intended as a moan or a whine- that is the way things are, and I am the only person I have to blame for that situation.

So, over the last year, I've worked my nuts off trying to both write and hold down a full time job. My first book is now out, and I've just about managed to co-author one article as part of a wonderful project, in addition to the critique mentioned above. It's still nowhere near enough- I'm working on a second book, a pair of articles, and trying to get ready for the arrival of our baby. The difference a writing fellowship would have made to someone like me is immeasurable in all sorts of ways. Just having the sense of belonging to an academic network, the access to online journals, let alone the time and space to write without feeling guilty about not doing something else, that would be enough. I will be fascinated to see what the holders of these new fellowships achieve- I am sure the result will be truly transformative research, and maybe, just maybe, a break from the circle of male love Todd describes and we've all witnessed. They might also be courageous enough to turn the tables at the next hell conference, into the bargain.
Posted by Unknown at Tuesday, February 24, 2015 No comments: 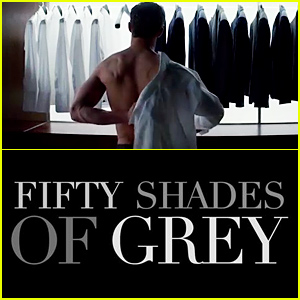 No, not a Munsell chart.

Nor the hilarity that resulted in reading the said book during lunch break on site, with different diggers taking on the different voices.

A good few shades darker than that.

I was actually thinking about the material culture of verbal and emotional abuse. That's what the film is about, that's what the book is about. The lifestyle of the antihero is wrapped up in objects, and quite apart from the contents of the Red Room of Pain, it is through some unsuspecting things that the emotional abuse of the series plays out. The publicity surrounding the film's release on Friday, perhaps combined with the recent publication of a project focused on the prevalence of online abuse in archaeology led by Sara Perry, and being quizzed by the health visitor about my relationship ("do you feel safe?"), has had me thinking about about emotional abuse in the past.

Physical abuse can show up loud and clear in the archaeological record- fractured bones, violent death. Yet the pernicious removal of a person's agency and confidence is harder to spot, the grinding misery of manipulation, the panic and fear of being found wanting, the increasingly desperate attempts to please. These are experiences that can be mediated through the simplest of objects, including some that we find all the time.

Dropping a pot, it smashes on the floor. A sarcastic voice lashes out, ripping off yet another layer of self. You're clumsy, you're useless, you're a waste of space, why do they even put up with you?  Yet when we shove the fragments into a finds bag, there's no echo, no obvious sign of the context in which that vessel was broken- in which a person might have been broken too.

It's not always the whips and handcuffs that have the most devastating effect. The pen used to sign the infamous 50 Shades contract by Anastasia Steele bears no trace of its use, signing away a woman's control over her body, her time and her self worth. I chose the image at the top of this post based on the shirts- their exact uniformity, their careful curation as a collection of costumes projecting a very particular and disturbing identity that thrives on the manipulation of other people, sexually and otherwise. The biographies of these objects, their life stories, can be tainted with deep and long-lasting pain just as surely as a fractured cheekbone speaks of a blackened eye and swollen face.


The problem, of course, is that these narratives are exactly that- stories. They are marooned in the use life of an artefact, trapped in the sticky mess of use and reuse, the long mist between the making of a thing and its disposal. How can we excavate the dark side of things, exposing hurt and humiliation?
Posted by Unknown at Tuesday, February 10, 2015 No comments: